Veterans' Poems featured in F(r)iction No. 8 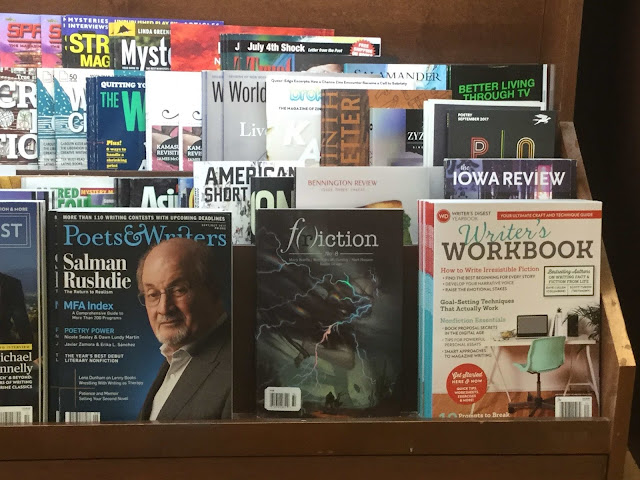 A special selection of Veterans Writing Project work, including "love sonnet to a new K-pot," is featured in the Summer 2017 issue of F(r)iction magazine, published by Tethered by Letters. Issue No. 8 is currently available for sale via the publisher in both electronic and print editions. Print editions are also currently available nationwide at Barnes & Noble, Books-A-Million, and independent booksellers. Look for it on newsstands alongside literary journals and writing magazines.

Other works appearing in the VWP special section, titled "Shrapnel Shell," are:
Readers should also check out a poem titled "Blood Stripes" by a Iraq War veteran Aaron Graham, which appears separately in the same issue.

The Denver, Colo.-based F(r)iction magazine is a highly stylized synthesis of fine art, comics, fiction, non-fiction, and poetry. As the editors describe it:

F(r)iction is weird, in every respect.

Veterans Writing Project is a 501(c)3 non-profit based in the Washington, D.C. metro area. The project teaches no-cost creative writing workshops to military service members, veterans, and family members; assists in medical research of expressive writing as a therapy at National Intrepid Center for Excellence (NICoE); and publishes the quarterly print and on-line literary journal "O-Dark-Thirty."
Posted by Charlie Sherpa at 5:00 AM No comments: