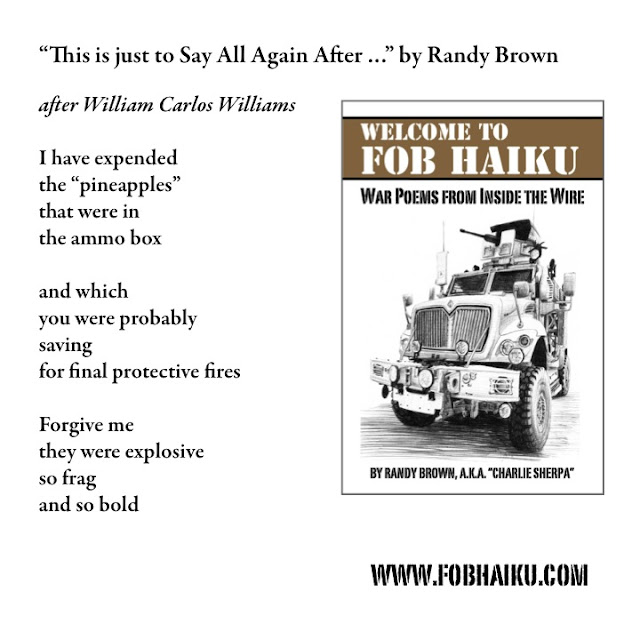 A Military Writers Guild colleague of mine, Adin Dobkin, just wrote a wonderfully reflective essay for the New York Times "At War" blog. The essay, titled "The Poet-Soldier Who Went to His Grave With a Romantic Vision of World War I," regards World War I poet Alan Seeger, an American who served in the French Foreign Legion.

Seeger is best remembered for the poem "I have a Rendezvous with Death." He was killed on July 4, 1916—before the United States had yet entered the war—at the age of 28. His first collection was published in December of that year.

In magazines and newspapers, Seeger's words had enjoyed peak popularity and attention at the beginning of the war. Later, however, his idealistic depictions were overshadowed by those of other World War I poets, such as Wilfred Owen ("Dulce et Decorum Est") and Robert Graves.

"Poets don’t command much attention these days, but you can still hear Owen's and Graves's poems on television specials about the war," notes Dobkin. "Their depictions of life in the trenches match up with the images most commonly associated with World War I. It’s no coincidence: Their poems helped form that picture."

Dobkin argues that Seeger's words, while lacking some of the visceral verisimilitude of other battlefield poets, are still worthy of remembrance: They remind us of the human condition before the fall. War is not to be desired. It is not inevitable. And it is a worthy objective to bring ourselves either away from the brink of war—or, at least, out of its crater.


Seeger’s poems, with their innocence and their beatific tone, remind us “the war to end all wars" was a story of descent. It began with cavalry charges on horseback, with uniforms topped by plumed helmets, and parades through streets with flags waving and children tripping over themselves alongside soldiers—and it ended with parades of the blind and disfigured, with swaths of land so pocked with unexploded ordnance and so toxic with chemicals that they’re still uninhabited 100 years later. It's difficult to reckon the distance of a drop just from where the falling object lands. Afterward, you might have a clearer eye when entering a new war, you might avoid phrases as giddily optimistic as "we’ll be home for Christmas," but that hindsight view lacks something: the sense of gravity you catch from seeing a ball tip over the edge, pick up speed with a weightlessness that feels not so different from launching into the air, only to land in the mud without a bounce. Seeing that first moment at the rim of the fall is just as important for preventing the next war as seeing the mud that's left at the end.

The idea that poetry is an art form that can frame a war narrative, particularly in the long term, is a favorite and ongoing conversation I've had with Dobkin. Later, on Twitter, I joked that his essay helped support the argument that 100 or 1,000 years from now, poetry will be what historians of current wars will be writing about, rather than our blog-posts. Dobkin noted it invited the question: "Who’s going to be the first insta war/mil poet?"

Given that today's wars are as likely to be waged by Internet meme as they are by computer virus, I replied, our first Digital War Poet Laureate will likely the one to successfully weaponize a parody of William Carlos Williams' 1934 poem "This Is Just to Say."

(If you're not yet familiar with the poetry joke, the 2015-to-present meme of such parodies is well-documented, including in New York Times Magazine articles here and here, and elsewhere.)

Inspired by Dobkin's insights and instigations, I then penned the following:


"This is just to Say Again All After …"

I have expended
the "pineapples"
that were in
the ammo box

and which
you were probably
saving
for final protective fires

Forgive me
they were explosive
so frag
and so bold

Why joke in poetic form about things such as war? Because "humor is a combat multiplier …" Because it's another way to break through the social noise, and to shed some light on some deep and ugly truths within.

And, perhaps most of all, because it'd be a tragedy to go without it.
Posted by Charlie Sherpa at 3:30 PM