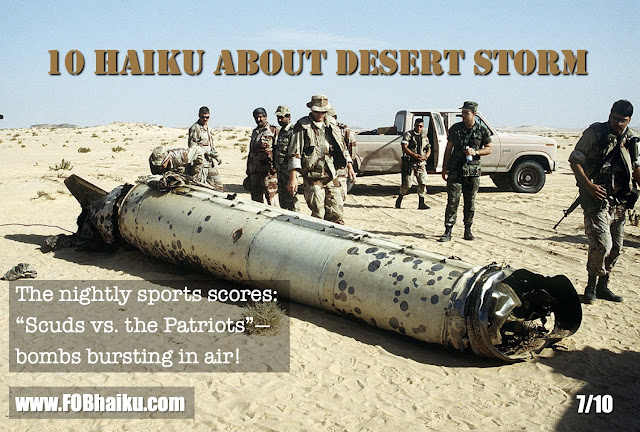 Haiku No. 7:
The nightly sports scores:
“Scuds vs. the Patriots”—
bombs bursting in air!
Posted by Charlie Sherpa at 5:00 AM