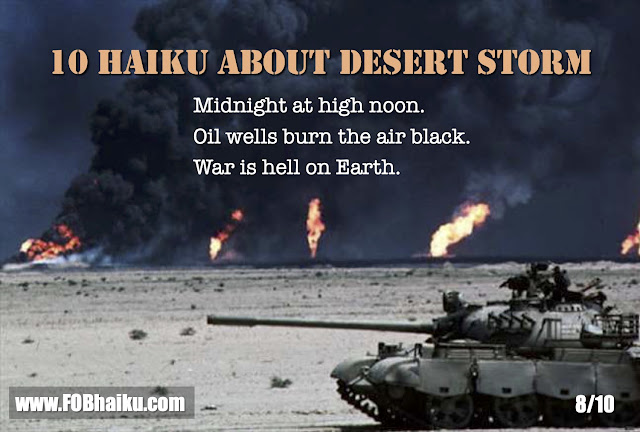 Haiku No. 8:
Midnight at high noon.
Oil wells burn the air black.
War is hell on Earth.
Posted by Charlie Sherpa at 5:00 AM