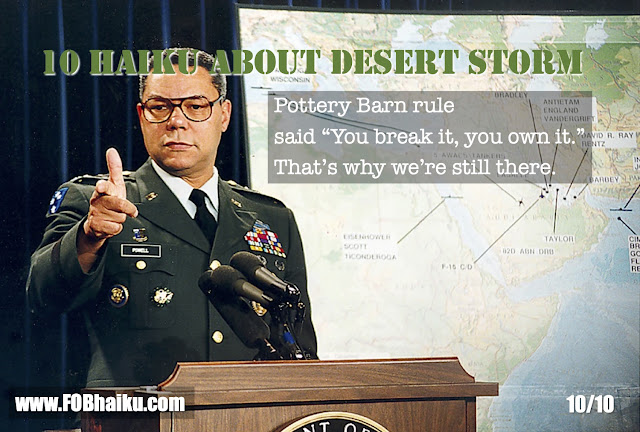 Haiku No. 10:
Pottery Barn rule
said “You break it, you own it.”
That’s why we’re still there.
Posted by Charlie Sherpa at 5:00 AM