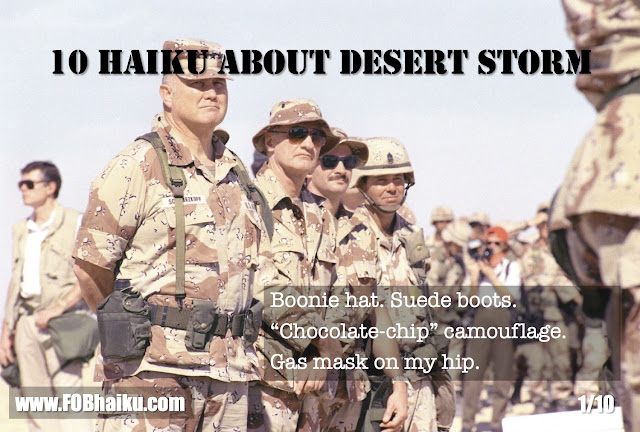 Feb. 24, 2021 marks the 30th anniversary of the start of the 1991 coalition ground campaign to liberate Kuwait called Operation Desert Storm.

In recognition and reflection on this anniversary, this blog will daily post one of these haiku poems for the next 10 days. This is the first time these haiku have been presented in a visual format.