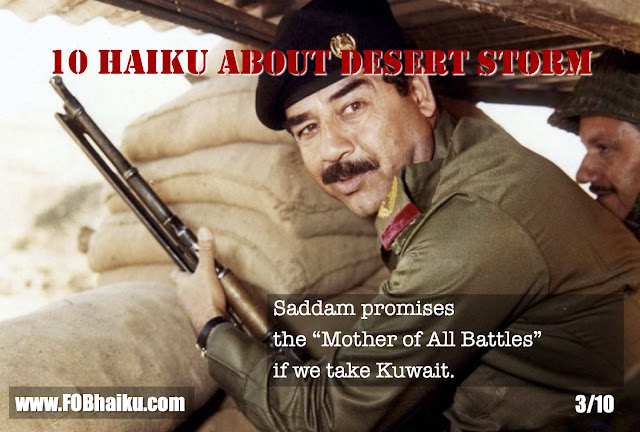 Haiku No. 3:
Saddam promises
the “Mother of All Battles”
if we take Kuwait.
Posted by Charlie Sherpa at 5:00 AM