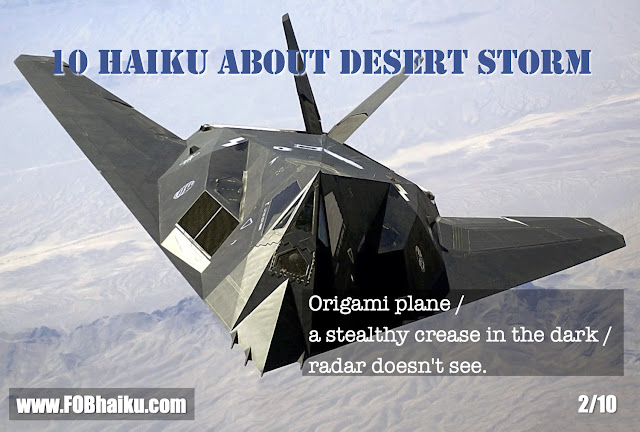 Haiku No. 2:
Origami plane /
a stealthy crease in the dark /
radar doesn't see.
Posted by Charlie Sherpa at 5:00 AM