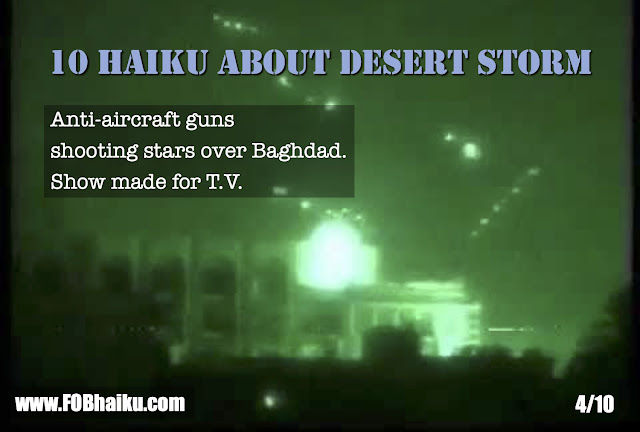 Haiku No. 4:
Anti-aircraft guns
shooting stars over Baghdad.
Show made for T.V.
Posted by Charlie Sherpa at 5:00 AM